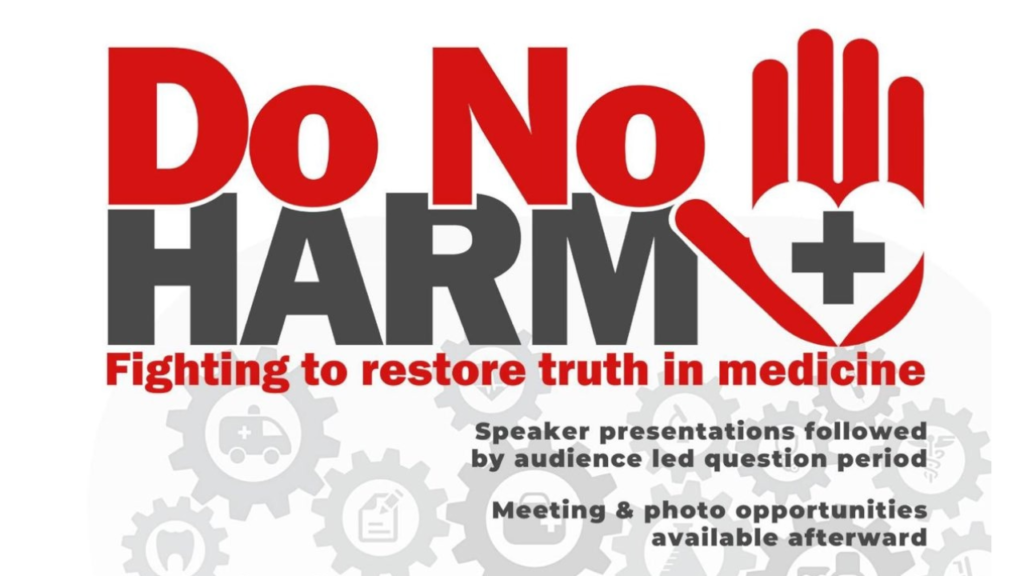 First Do No Harm Tour Announcement

A big announcement, and a little history

Doctors Paul Alexander, Mark Trozzi, Charles Hoffe & Chris Shoemaker along with lawyer Michael Alexander, nutritionist B Love & co-host of The Fringe Majority, Jody Ledgerwood are here to educate, share stories, answer your questions about health, legal rights and what is going on in the world; plus, photo opportunities at the end of the event. Join us for a fun, informational time and help those who have given up everything in the last 3 years to fight for your rights, truth, health, family, love and Canada!

The Do No Harm Tour launches Jan 28th in Oakville Ontario, and January 29th in Windsor Ontario. Please check out the details, and get your tickets here. 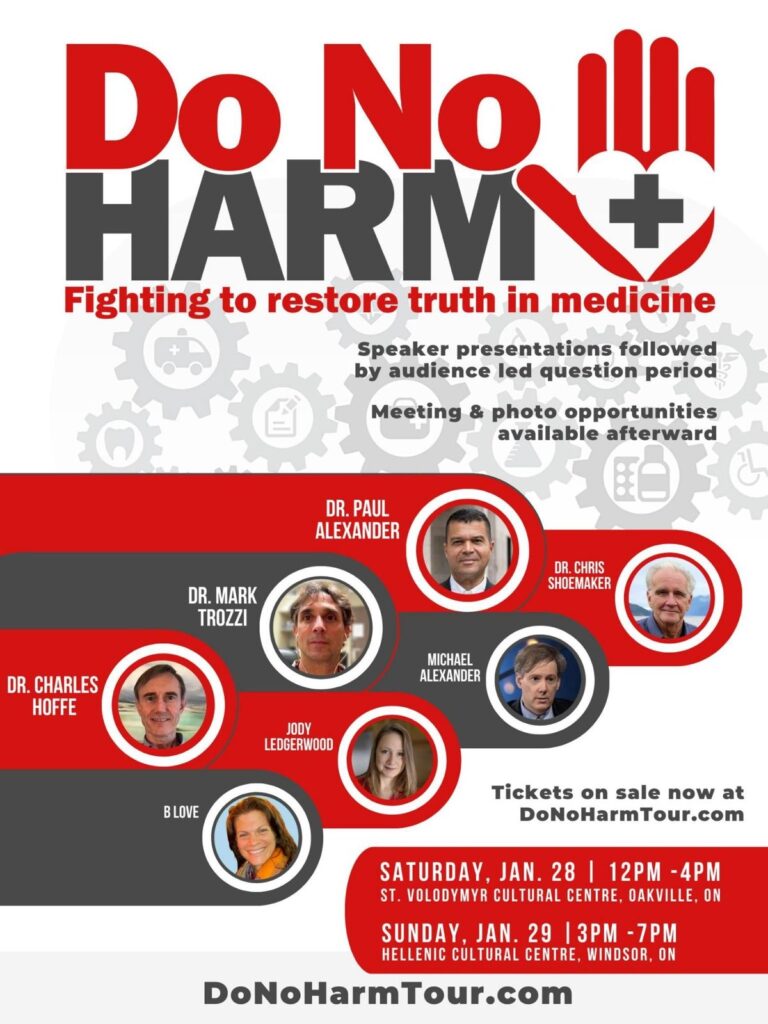 A Little History: "First do no harm." What is the true origin of this famous expression?

“First do no harm”. This aphorism is a translation of the Latin phrase “primum non nocere”. In this form you will often see it referred to as the Hippocratic injunction, and many people assume that it has its origins in the Hippocratic Corpus; the body of early medical texts attributed to the ancient Greek physician Hippocrates and his followers. There is indeed a similar form of words in the Hippocratic Oath, which affirms that ‘I will abstain from all intentional wrongdoing and harm’.

In the 1800’s, the advancement of germ theory of infectious disease by Louise Pasteur and Robert Koch lead to a new awareness of just how dangerous medical intervention could be. This awareness was marked by the coining of the phrase “primum non nocere”, or ‘first do no harm’. The first person to use it was Thomas Inman, who claimed (mistakenly) to be quoting Thomas Sydenham. But the phrase was quickly picked up and attributed not to Sydenham but to Hippocrates – despite the fact that Hippocrates wrote in Greek, not Latin. In reality the specific wording “first do no harm” is first noted in the 1860’s and its rapid attribution to Hippocrates represents the birth of a tradition.

Newly aware of the extent to which doctors were capable of doing harm, the medical profession in the 19th century, reassured themselves with the thought that Hippocrates had shared their concern. Despite the obvious error in attributing the specific wording in latin  to Hippocrates,  one is still well justified in attributing this philosophy, that a physician “first do no harm”,  to the ancient father of medicine himself. To support this, we note that in a work entitled the Epidemics, from within the Hippocratic Corpus,  there is the instruction ‘either help or do not harm the patient’.

This historical trivia reassures us of the importance of the fundamental principal for a physician, above all, to “do no harm”. Four hundred years before Christ, Hippocrates recognized this in Epidemics: “either help or do not harm the patient”. Thomas Inman gave it new recognition  in 1860’s with the phrase “primum non nocere”. It rings so true that it has been immortalized at the heart of medical ethics, and etched into the stone walls of medical schools around the world.

Today, during the era of the covid-crimes-against-humanity, many thousands of physicians, though we make up only a small percentage of all physicians, have maintained the oath, and stand in defiance of the violent and reckless agendas of the pharmaco-industrial-political-military complex: also called the “criminal covid enterprise”.

Thanks for standing with us! First do no harm.