EMF and 5G | A Serious Threat to Our Health

No studies showing safety of 5G

Before the launch of covid, I was rigorously researching EMF (cell phone microwave radiation) and 5G. After many hours of research over a six month period, I started to have a solid grasp on the subject, and knew that it was a major health concern. I reached out to federal and provincial politicians as a concerned physician advising the government about a major threat to human and ecologic health. It was clear to me that there was no real safety studies restraining the cell phone industry and they had spent zero dollars on researching biologic impacts of 5G technology.

What happened when I contacted the government about 5G concerns

In the fall of 2019, in response to emails which I had sent to my Canadian federal member of parliament, a friendly federal bureaucrat reached out to me. He said that he had read my material and shared my concerns; he worried for his wife, children, and the future because of EMF and the pending 5G roll out. I was initially relieved that someone in the federal government shared my insights and concerns. However, when I asked him what the government would do about it, he said “nothing”. He explained that the cell phone companies have “more power than the federal government”, and so “the government could and would do nothing about it”. He recommended that I keep informing people anyways.

Then covid was launched. Covid science, public education, and activism became the center of my life from then until now. Despite their importance, my many files about EMF and 5G collected dust over the past two years. I have intended to write extensively on the subject, but counter-covid-agenda activism has kept me very busy. I have decided here and now, to be brief , but to relate some of the essential science and concerns, and share useful resources. It is an important subject, and another serious threat to our health and future.

In early 2020, when we were all initially imprisoned in our own homes (AKA “lockdown”) to “flatten the curve”, a strange thing happened. While most of us were labeled as “non-essential” and our businesses and jobs suspended, 5G technology was installed in many cities around the world, including Ottawa. My son was living in Ottawa. He was locked in his apartment, but could see the crews installing 5G technology along the streets outside.

Over the months that followed other interesting facts arose. Many places with the worst “covid outbreaks” were also places where 5G was newly installed. Many ICUs caring for the sickest covid patients, such as those in New York, received extensive donations of “smart equipment” connecting all things through 5G radiation. These intensive car units were flooded with 5G radiation.

Even before 5G, EMF was already a serious but hidden human and environmental health crisis. Dr Devra Davis gave this lecture in Australia in 2015, regarding EMF radiation and health effects. If I may only recommend one lecture or video to establish the reality of serious EMF health concerns, it is this one. Dr Davis credentials are exceptional; it is hard to find a more qualified scientist in the world!

Indeed, pre-5G cell phone radiation is a major source of disease, and a serious threat to our world; but 5G brings these concerns to a heightened level. Here are some of the heightened concerns regarding 5G.

First, higher frequencies of microwave radiation are used in 5G. In particular one target frequency that the devices are made to accommodate is 60 GHz. This frequency has a particularly concerning interaction with the most fundamental molecule in our existence: oxygen. Most frequencies of microwaves pass through molecular oxygen with little interaction. But 60 GHz microwave radiation is almost entirely absorbed by molecular oxygen. 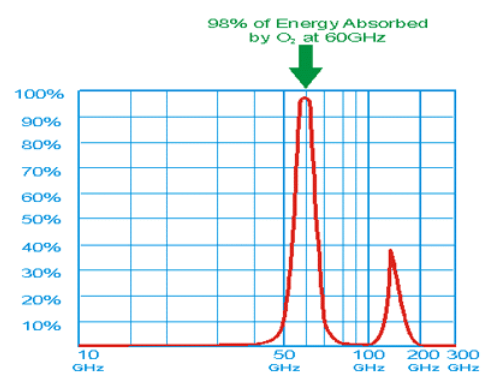 Do oxygen molecules that are excited and vibrated by 60GHz microwave radiation, have trouble binding to hemoglobin in our blood? Might this explain the Brooklyn Intensive Care doctor who was proclaiming in early 2020, that the WHO protocols for treating covid were not working? People were dying with those protocols, and the disease seemed to him to behave more like altitude sickness?

It is at least, a reasonable question. Shaking the hell out of oxygen molecules with 60 GHz microwaves has a high probability of interfering with these molecules neat and precise interactions with oxygen binding sites on hemoglobin molecules within our red blood cells.

Second, 5G uses directed beam technology. With other cell phone technology, including 4G, there is a evenly distributed field of electromagnetic radiation, and the user and his cell phone interact with it. However with 5G, the transmitting towers target the user. The microwave beam is concentrated and pointed at the user. This results in a much higher radiation dose.

Third 5G radiation has shorter effective distance, and is blocked easily by trees. This is why there is extensive intentional destruction of trees in cities and neighborhoods where 5G is rolled out. This is also why these radiation towers are so numerous and placed so close together. As someone using a 5G cell phone walks down the street, the towers take turns focusing the radiation beam at them, and facilitating their call.

There are more concerns with 5G technology, including the history of these frequencies only prior use being in weapons technology.

In the very recent years, Dr Arthur Firstenberg, has been a global leader sounding the alarm about EMF and specifically 5G radiation. Firstenberg graduated Phi Beta Kappa from Cornell University with a degree in mathematics, then attended the University of California, Irvine School of Medicine from 1978 to 1982. He is the author of The Invisible Rainbow: A History of Electricity and Life.

The World Council For Health General Assembly meeting today is focused on 5G and its impacts on our health. The speakers include Arthur Firstenberg, Dr Pri Bandara, and Coalition Partner, 5G Virus Platform. We will also be joined by musical guest, Markus Stockhausen.