Special thanks to TrialSiteNews for this interview with Tess Lawrie, and alexandrosm from Rumble for recovering this footage from internet archives and reuploading it, after it was censored by the fascist video platform – YouTube.

University of Liverpool and Dr Andrew Hill changed their conclusions on ivermectin; payment of $40,000,000

Unitaid, funded by Bill Gates, payed the University of Liverpool $40,000,000, as U of L virologist Dr Andrew Hill abandons his previous conclusion that ivermectin works for covid, and promotes fake science to the contrary.  That gave the most untrustworthy WHO justification to block ivermectin use, at a cost of 15,000 people dying needlessly each day.

Hill secured 40 million dollars in funding, presented false science, and blocked global access to  ivermectin. Hill acknowledges the cost of 15,000 lives per day, but hopes that would be limited to 6 weeks and only cost 504,000 human lives.

Like many scientists and doctors, Dr Andrew Hill has chosen a short term role as a rich villain.

Meanwhile, rare scientist and doctors have chosen an ethical path; they have worked hard and  stayed true to science and their oaths, despite financial and institutional persecution against them. Dr Tess Lawrie is an icon among these good doctors, and plays the protagonist in this story.

“Andrew Hill, MD, is a senior visiting Research Fellow in Pharmacology at Liverpool University. He is also an advisor for the Bill and Melinda Gates Foundation and the Clinton Foundation. As a researcher for the WHO evaluating ivermectin, Hill wielded enormous influence over international guidance for the drug’s use.

Hill had previously authored an analysis of ivermectin as a treatment for COVID-19 that found the drug overwhelmingly effective.

On Jan. 6 of 2020, Hill testified enthusiastically before the NIH COVID-19 Treatment Guidelines Panel in support of ivermectin’s use. Within a month, however, Hill found himself in what he describes as a “tricky situation.” Under pressure from his funding sponsors, Hill then published an unfavorable study. Ironically, he used the same sources as in the original study. Only the conclusions had changed.” – World Tribune

Dr Tess Lawrie has proven herself to be rock solid in both scientific knowledge, ethics, and activism. She is the director of Evidence-based Medicine Consultancy, founder of the British Ivermectin Recommendation Development Initiative, and one of the founders of the World Council for Health. Dr Lawrie contacted Hill about his change of position from pro to contra ivermectin and his misrepresentation of science. The conversation is shocking and the transcript is included within this article which further details Dr Hill’s true fall from grace:

Addition: Here is some more information on this case 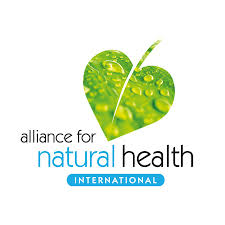